Stop arguing with your spouse about money. Learn how to manage your finances differently to avoid conflict. READ THE POST
Top
As an Amazon Associate I earn money from qualifying purchases made from affiliate links within this blog post.

There are plenty of good and legitimate reasons to get a divorce, but the big one is this: Life is too short to stay in a marriage that’s making you so unhappy. This is a big lesson my husband and I learned thanks to our previous marriages, and we both agree that getting divorced (as much as it totally sucked at the time), was one of the best things we could have ever done for ourselves.

Divorce is icky and it can be scary. It usually brings out the worst in people. It’s hard. You’re choosing to separate yourself romantically from a person that you probably promised to love forever. But let’s be totally honest here: Nothing lasts forever, and people change.

Divorce isn’t the worst thing that could ever happen

It feels like it at the time. We aren’t going to sugarcoat it – it’s scary, it feels terrible while you’re going through the motions, and most people feel like it’s going to somehow ruin them forever.

I personally had this fear in my head of “Who is going to want me now? I’m older, and I’ve got stretch marks and a fat ass. What could I possibly offer someone else?” Granted, I was physically, emotionally, and mentally abused during my first marriage, so a lot of these feelings were deeply embedded in my mind thanks to my first husband. But the point is – divorce feels like it’s somehow the end of the world.

Guess what? It’s not.

The worst thing that can happen is that you’re stuck living out your life with someone that you’re not happy with. When I look at the differences between my current marriage and my first, I am in awe of the fact that I continued a relationship with someone for so long that made me absolutely miserable. Nobody deserves that life.

You are worthy of being loved after a divorce

I think people, especially those who identify as women, are taught that they are somehow “used goods” and somehow not deserving of a better life, a good marriage, to be loved, or to be happy – especially if their marriage fails… even if it isn’t their fault.

There’s a lot of religious background to these teachings as well, where a woman is basically told that her entire job is to obey her husband and to make him happy. So when the marriage is failing, she might cling to it because she has been taught that she somehow just isn’t working hard enough on her marriage… and that if she gets divorced, she’s a failure and has sinned. (And yes fellas reading this… this all applies to you as well).

The truth is that you are in fact worthy of being loved after getting divorced, and you aren’t a failure. In fact, 40-50% of marriages in the United States end in divorce – and frankly, we think more of them should.

Getting divorced gave us time to focus on ourselves

You know the saying… it tells you that you can’t love others until you love yourself. Corny as it sounds, that statement is very true.

After Jeremy left his first wife, he got to figure out who he was on his own, to focus on cleaning up the financial messes left behind by that marriage, and to focus on creating goals that could give his life some purpose. He’s all the more better for it, because whether she ever meant to or not, his ex wife was holding him back in life and he was never going to get to the place he is now so long as they were still together.

I often think about my first marriage and wonder where I would be right now if I hadn’t gotten divorced. Assuming I weren’t dead, I can honestly say that I wouldn’t have grown into the person I am today. I run a successful business from home, have aspirations, and I’m continuously working towards bettering myself and my life. If I can do it, I know you can learn how to survive a divorce and build a better life.

Getting divorced paved the way for us having the time to figure out specifically who we are and to focus on becoming the best version of ourselves.

Partnering for life is unrealistic

I got married quite young – at the age of 20. I had no idea who I was at the time. I thought that I did. I mean, you kind of think you know everything at that age, but you don’t. And because I didn’t yet know who I was, I think it’s pretty unrealistic to think that I would be capable of choosing a partner for life. It’s just not an expectation anyone has any business placing on themselves.

I’m in my mid-30s now and have a much better sense of who I am and who I want to be. Now that I’ve had the time to figure those things out, I have a much more clear understanding of the kind of partner I want to spend my life with. But even with that knowledge, it’s an uncertainty.

Divorce paved the way for meeting the right person

Jeremy would tell you how incredibly thankful he is for me, because I’m nothing like his ex wife (Thanks dear!). He’s so thankful he got divorced because while the experience sucked, it gave him the opportunity to look at his first marriage long and hard… then figure out who the right person for him was.

I feel the same way. After being so miserable in my first marriage, I’m able to look at this one with an educated perspective. That failed marriage provided me with the opportunity to learn from the experience and to apply that knowledge to finding someone much better suited for me.

Are you considering a divorce?

I’d love to talk to you more about whatever fears you may be having, so please share in the comments (if you’re comfortable). I also highly recommend this course by Ms Renée Bauer if you’re struggling with the concept of divorce – what the heck do you do? how are you going to manage this? what’s coparenting supposed to look like? are you really going to be okay? 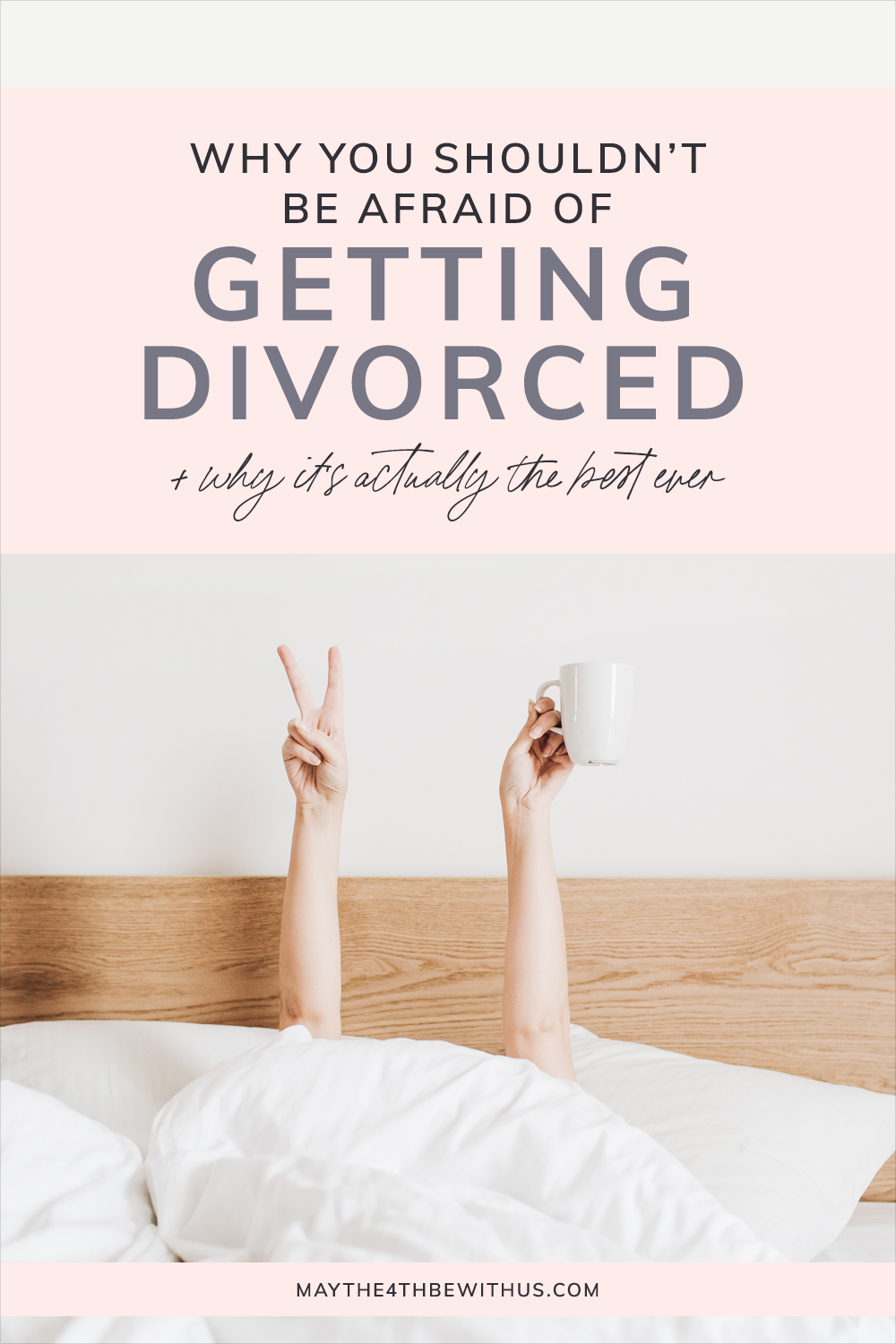 Pin or Pin Not… There is no Try. 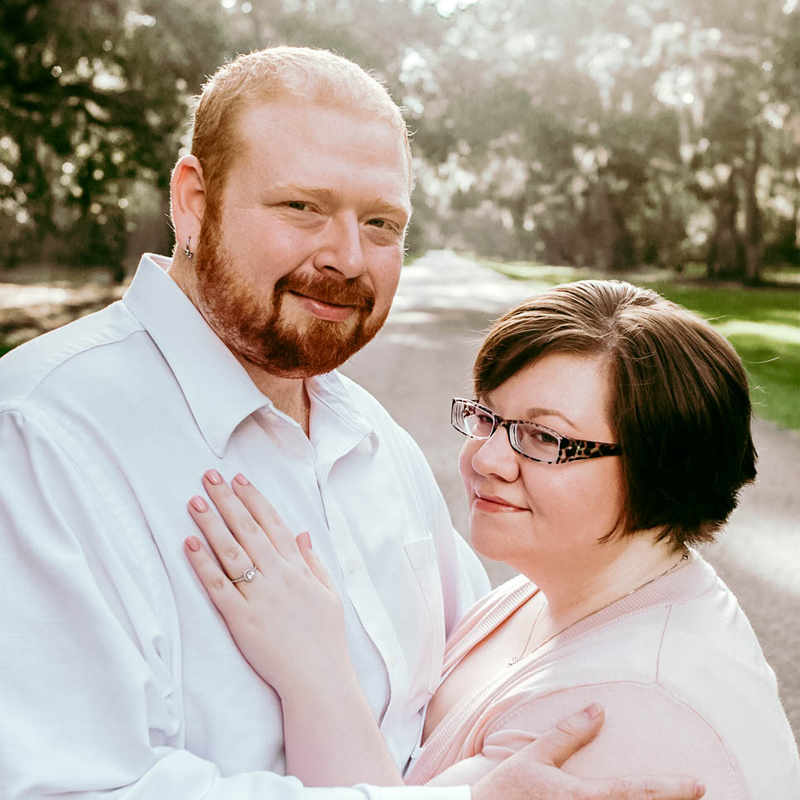 May the 4th Be With You

We're Kimi and Jeremy - Two geeks on an epic journey through the galaxy together, using the force in every day life. Never tell us the odds. We're just gettin' by on love and lightsabers around here.
Read Our Story

Two geeks on an epic journey through the galaxy together, using the force in every day life. Never tell us the odds. We're just gettin' by on love and lightsabers around here. 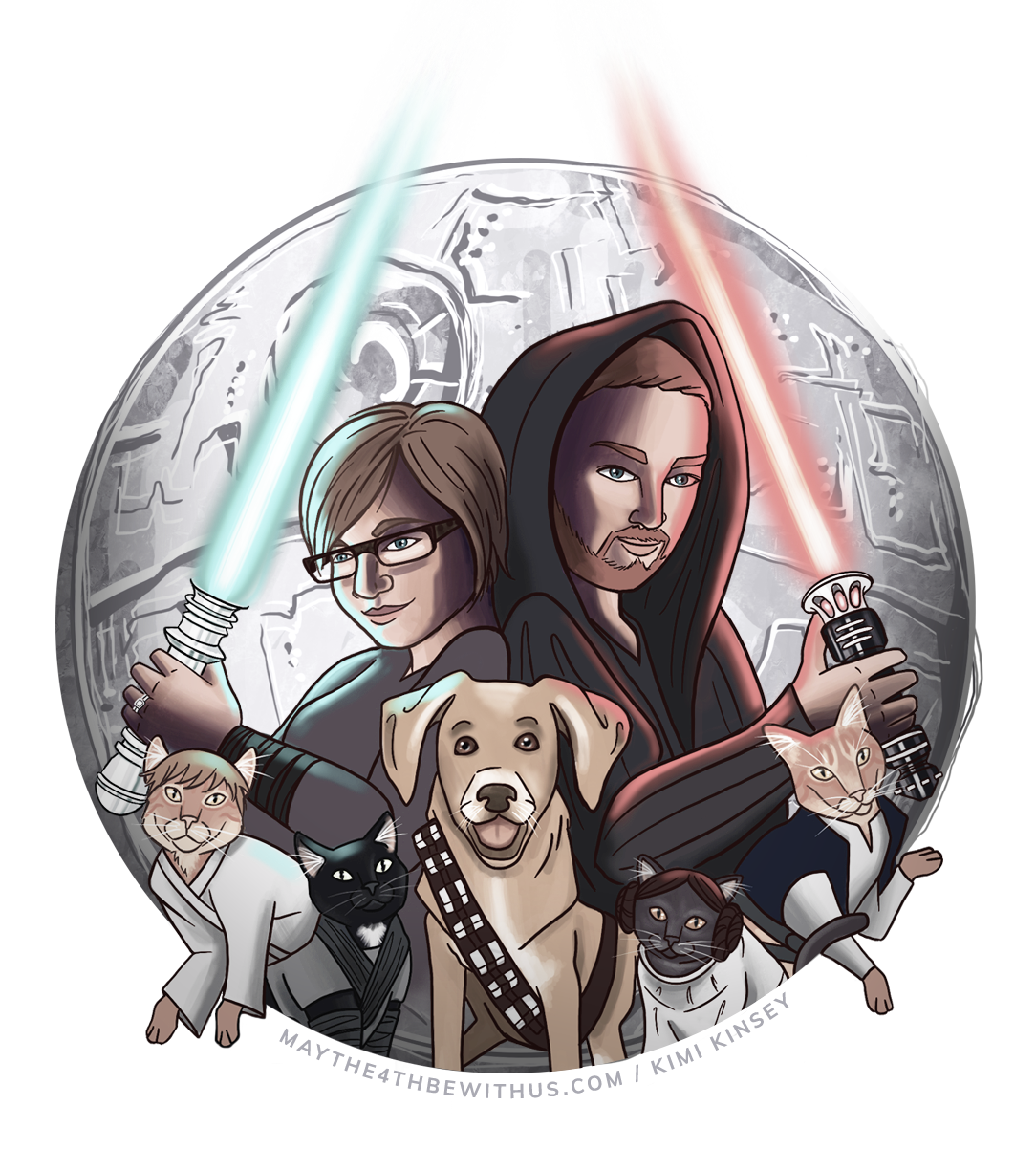